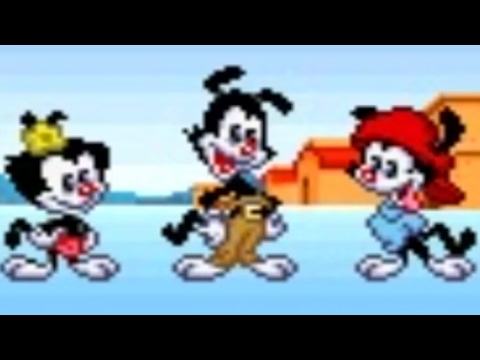 A playthrough of Konami’s 1994 platformer for the Super Nintendo, Animaniacs.

Shows the best ending – I collect all of the scripts over the course of the playthrough.

Animaniacs is a pretty excellent game. The graphics and sound are great and do a good job of capturing the show (gee, Konami really had a knack for this!), and the gameplay does a great job of standing out against the rest of the platforming cartoon-based games on the system, with the use of all three characters at a time and the (weird to get used to) “lane” system for vertical movement.

It’s simple and pretty easy, but the personality this game exudes is fantastic. Tons of fun.
____
No cheats were used during the recording of this video.

NintendoComplete ( punches you in the face with in-depth reviews, screenshot archives, and music from classic 8-bit NES games!

Visit for the latest updates!