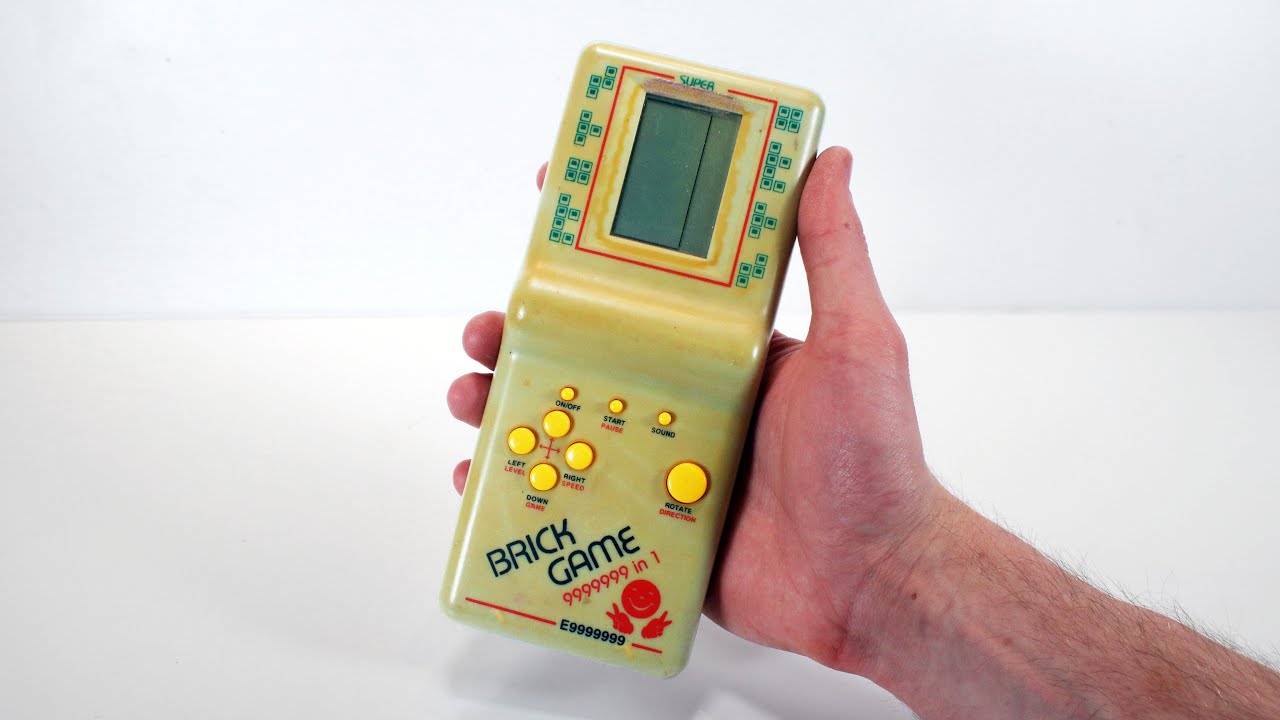 I bought this old broken Tetris style brick game hand held console for restoration for $2. You can also buy similar devices new for the same price, but sometimes it’s about the journey, not the destination. I don’t know what math they used to calculate the promised 9999999 games, but I think the real number is a bit under 3000, mostly different variation of Tetris. The console is badly yellowed and dirty, the audio doesn’t work, some screws are missing, and there is a lot of rust on the contacts.

I started by disassembling the console. Somehow I was surprised how cheap it was on the inside. Not sure what I expected… I found the audio was missing because one of the wire was loose. I suspect some parent may have done that to make the device silent because the sounds were really loud and irritating. The wire was easy to solder back on.

Second issue with the device was the corroded terminal for battery. This happens when a battery is left on the device and it leaks. This can sometimes ruin the motherboard but in this case everything was fine. I desoldered the terminals and put them in rust remover to get rid of the rust. After this I re-plated the terminals with nickel. Here’s a tutorial to DIY nickel plating I made:

It was necessary to prevent them from rusting again. If I wanted to do an upgrade I could have fitted new terminals from a Gameboy because those are made of copper which is far better conducting.

I also removed the yellowing from the plastic shell which was supposed to be colorless. For this I used the same retrobrighting method as always. H2O2 and UV-light. Full tutorial here:

Thanks for watching my video!

The bellow links to amazon are affiliate link. I get a small fee of anything you buy after clicking them, but you pay no more than without clicking. This is a great way to support my channel.
———————————————————————
Check out my Instagram:
T-Shirts:
Support me on Patreon: