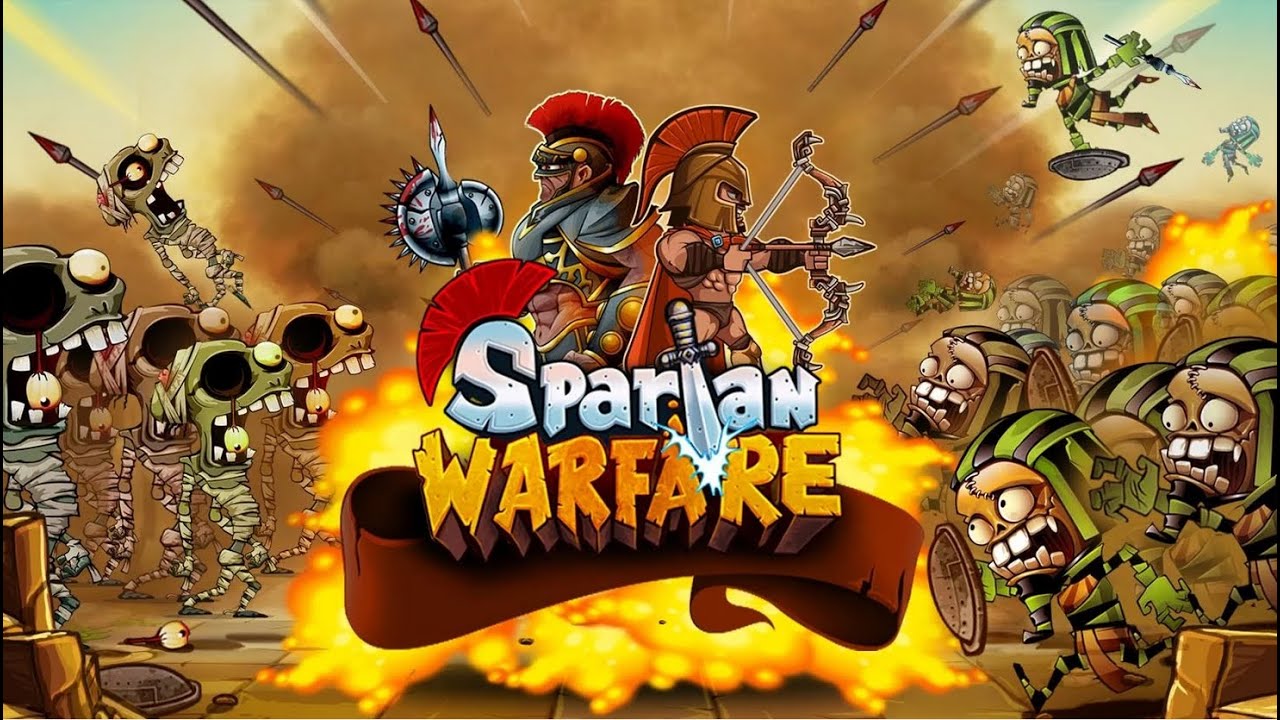 FOR MORE ANDROID GAMES –
Spartan warfare TD is the best castle defense game ever ! The war has just begun. Shooting arrows was never so much fun.
★★★★★ ITS MIGHTY SPARTANS VS. ZOMBIES ARMIES ALL THE WAY ★★★★★
The saga of this god of war is well known in greek history. Some say he is son of Zeus. Another legend is that he was sent on earth by Hades, while another tale has it that he is Apollo himself in disguise. With his Hercules strength he stands like a tower between the mighty force of the demon Thrackus and wall of justice. Equipped with god’s armor and blessed with super attack speed, spartans await their share of war. He is leader of clan and the mightiest soldier ever seen.
★★★★★ WEAPONS AND MAGIC ★★★★★
Variety potions and spells make killing of evil easier and even more fun. Dragon fire, ice effect or missile – you have it all. Equip your mighty sparta hero with the godly weapons and march towards victory. The clash at gate becomes intense and to save yourself from extra pressure, plant some mines close by. Shoot at the smaller units while you freeze big ones like giants. Beware of cannons and tanks that can launch from a distance.
★★★★★ COMBAT OF HEORES WITH CLAN LORDS ★★★★★
Each boss have special powers and you will need some devine help to defeat them. When facing a large crush of armies, to counter them, its lethal strategy to unleash heroes in the middle of battle. They are your friends and alliance in thickest of war. They dont fight with bomb and bullet, but prefer sword and hammer. Use them wisely because they can be hired only on a time basis as mercenaries.
★★★★★ STRIKE AND DEFEND ★★★★★
Attack is the best form of defence. In combat never loose touch of pressurizing your opponent. Shooting like a sniper is good but some times random fire is a good way to fend of enemies. Angry sparta looks down on the enemy at gate and waits for them to make a move.
★★★★★ FREE, ADDICTIVE AND ENGAGING ★★★★★
At the moment the game doesnt have mutliplayer option but we are working on it. If you like our game please rate us and share us on facebook. And make sure you do a google plus for us. We would love to hear from you so please do write with suggestions and send emails.
————————————————————————————————
Download link –