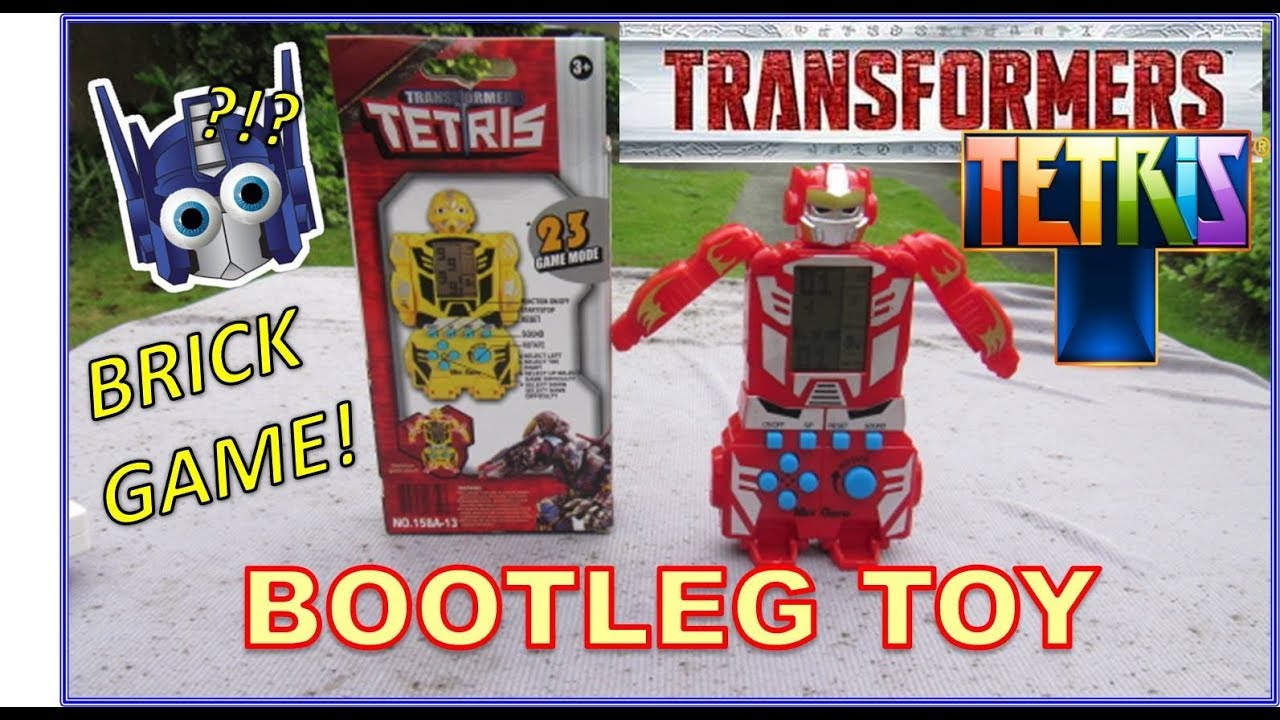 Transformers is a Toyline by Hasbro. the consist of Robots that can convert into other things, such as vehicles, weapons, Animals, Dinosaurs and gadgets. The first came out in 1984.

In the Philippines when portable Tetris gaming devices came out, people of the country called them BRICK GAMES.

Because the Popularity of TETRIS and other portable gaming devices, and the TRANSFORMERS, toy manufacturing companies based in China would like to cash in with the hype by making bootleg toys of them.

The video is about a Bootleg gaming Device that Tetris and similar looking games could be play and also is shaped like Optimus Prime of the Transformers and also can Transform.

The gaming device can play other games aside from TETRIS. It also has a battle tank game Similar to Nintendo Family computer / Nintendo entertainment System’s BATTLE CITY, A car Racing game, Space Invaders and a game like ATARI’s Break out or PC’s Aracnoid. There are a number of variations of each type of game in the device.

Learn more about TETRIS with HE GAMING HISTORIAN
The Story of Tetris:

Video is for review purposes. I DO NOT make any money with my videos. Feel free to use my videos. Just add me in the credits.

Feel free to correct me in the comments if I made any mistakes.

Feel free to use my videos. Just add me in the credits and let me know where you used it.

Additional note: Not all toys made in China are fakes or Bootlegs. Legit / authentic / original toys are also made in China.

Video is for a non-profit purpose. Purpose of this video is for review purposes only. I DO NOT make any money with the videos I post. I’m just happy to share my toys.

I bought this from a store called GLORY SUN near the University of the Philippines Los Baños. It was 98 Philippine pesos or around $2 US.

The term “Sad Onions” I used was, originally created by ASHENS. Check out his channel.

The synonyms of Bootleg are – Fake Knock-off, KO counterfet

Check these other toy review channels from the ACTION FIGURE SANCTUARY: